Why Public Safety Needs To Prepare For 5G

The future is almost here — both Verizon and AT&T are already running limited 5G network tests to prepare for rollout in 2019. The next generation of mobile broadband technology, 5G represents a major leap in data transmission speeds and promises to enable the development and implementation of a host of new technologies.

For general consumers, 5G promises to improve upon the activities they already do now — like browsing and video streaming. But some of the most transformational breakthroughs will come in the arena of public safety, where security and first responder teams will gain access to technologies with the potential to fundamentally transform their day-to-day operations.

But public safety stakeholders can’t expect to take advantage of the benefits of 5G simply by waiting on carriers to roll it out. 5G is just the opportunity — to capitalize on it, they’ll need to prepare for it.

Security and first responder operations have always evolved in tandem with technology — from the days of mobile radio, to photo and data transmission, to video. When 4G LTE came online in 2008, it was a big leap forward from the previous era of law enforcement.

There’s no doubt that LTE has already spurred transformational change in the arena of public safety, allowing security teams to use voice, data, and video capabilities to greater effect than ever before. Push-to-talk and push-to-video capabilities have allowed first responders and control centers to connect without delay in situations where every second counts.

Some networks even, like the Verizon First Responder Network, have made it possible for emergency workers to take priority over other cell users, allowing safety officials to remain connected even during periods of peak demand.

There are, however, serious limitations to what LTE can do for public safety — especially when it comes to implementing data-intensive IoT technologies. 5G aims to change that: with transmission speeds up to 10x greater than those of 4G LTE, experts have called 5G “the network built to enable the IoT.” 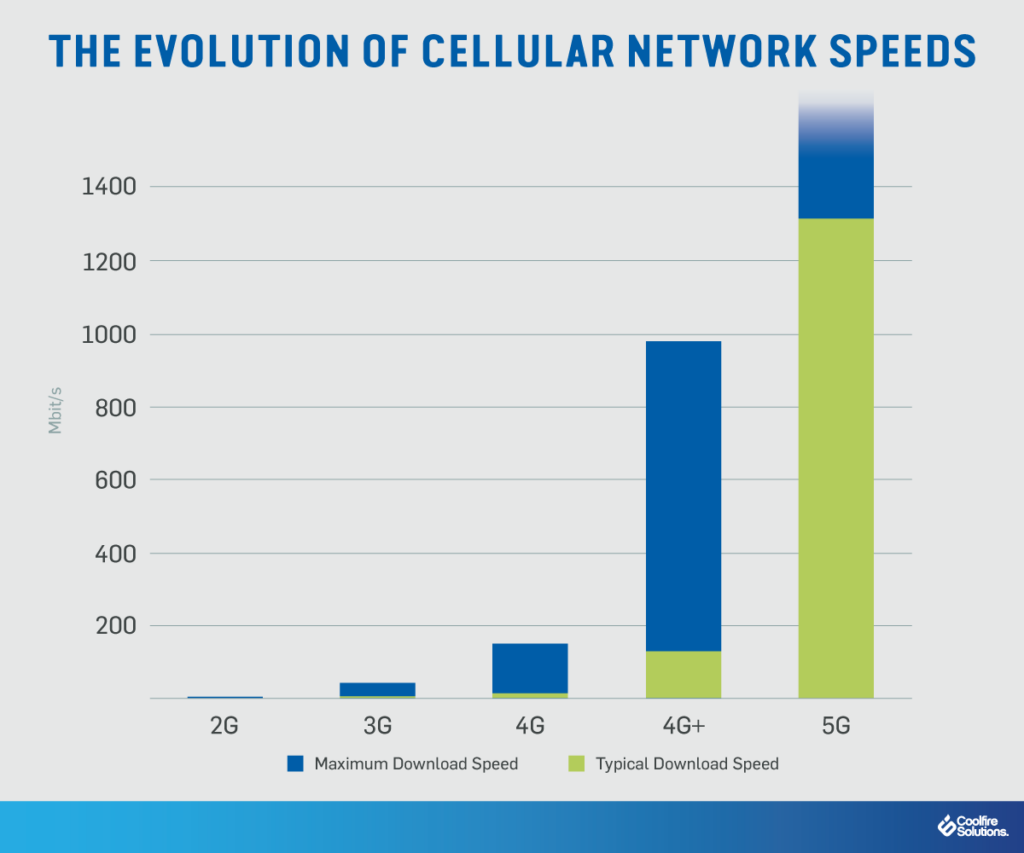 5G’s defining feature, physically speaking, will be the many small antennae required to transmit shortwave signals moving data at speeds up to 10x greater than 4G LTE — as fast or faster than some ethernet speeds. It will also utilize brand new spectrum bands that are in rare use today.

The increasing popularity of the Internet of Things, the ecosystem of interconnected devices that gather data and perform automated tasks, will be a major beneficiary of the 5G rollout. LTE can’t keep up with the load from billions of devices, given that many new innovations in public security technology are often designed with instant connectivity in mind.

5G-enabled innovations in public safety will touch every industry. Rescue teams of all kinds will be able to stay on the same page with instant communication, replacing inefficient two-way radio systems or easily dropped 4G signals. 5G-enabled public safety will mean greater efficiency for police and first-responder teams, giving these departments the ability to gain situational awareness via high-quality video streaming.

Officials will be able to respond to instant aerial video assessments of wildfires or disaster zones. All manner of innovations in smart cities will offer improved safety: as just one example, imagine traffic lights that can sense accidents and report data to police and paramedics. Meanwhile, security in venues and other public spaces can use data-driven insights to prevent worst-case scenarios from occurring in the first place.

“With transmission speeds up to 10x greater than those of 4G LTE, experts have called 5G “the network built to enable the IoT.”

Why Public Safety Needs to Prepare for 5G

First of all, public safety stakeholders need to be part of the conversation that drives the 5G revolution, to ensure it will meet their needs. Officials have to continue to insist on cellular connectivity (and devices) that allow them to perform their crucial tasks. Cell networks will need to be able to function in harsh environments and weather, transmit seamlessly from body cameras, allow for public broadcast warnings, provide continuous connectivity for drones, maintain individual privacy — and much more.

Public safety stakeholders should also move ahead with choosing software and devices that suit their needs. Falling behind on these advancements means missing opportunities to save lives. As 5G transitions from pipe dream to actuality, police and public safety squads will need to invest in platforms that can take advantage of 5G’s capabilities and take their operations into the next generation. Already useful on 3G and 4G, these tools will be only more powerful as 5G transforms the public safety landscape.