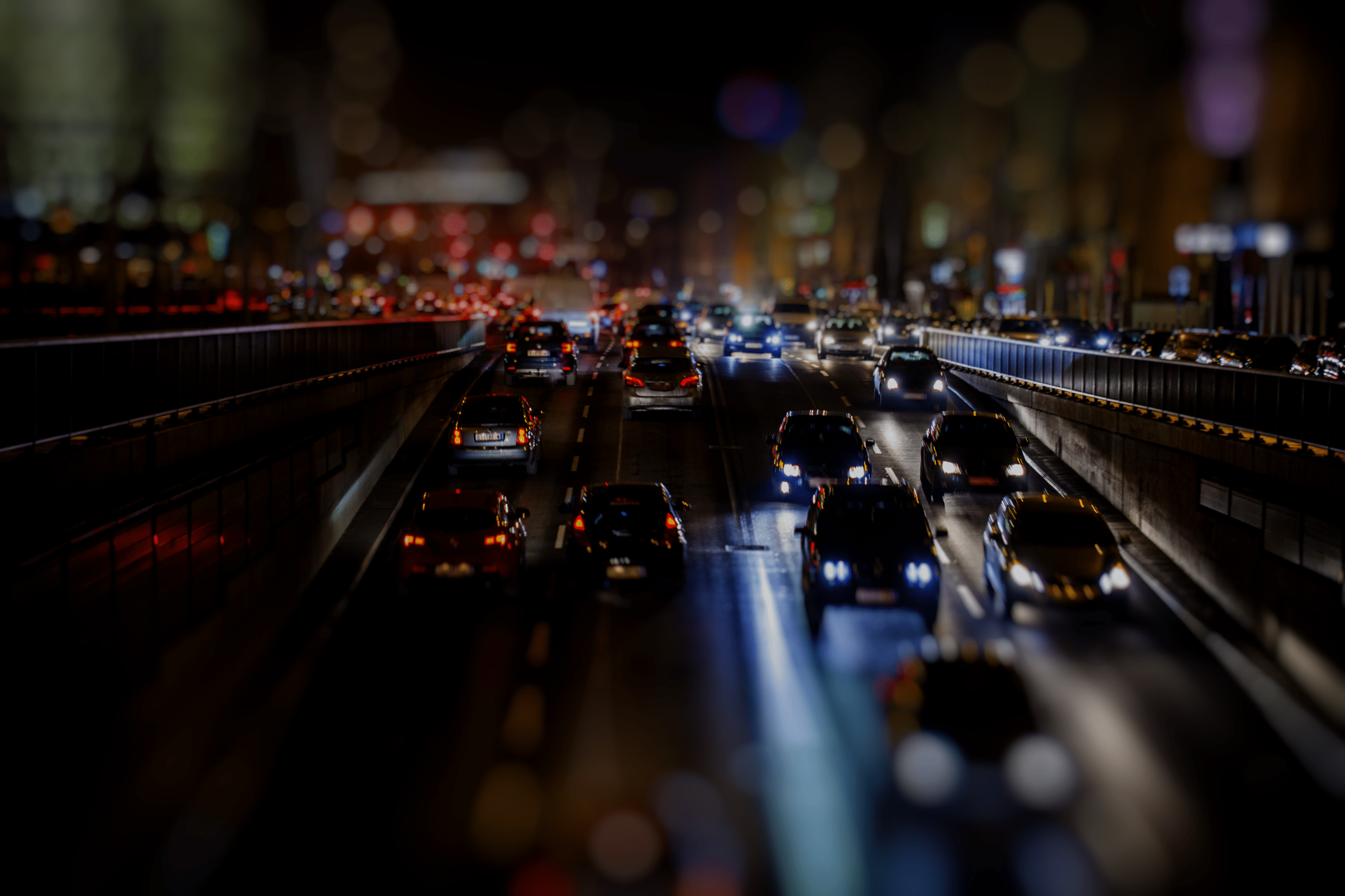 Urban environments often evolve rapidly in response to new technology — but autonomous vehicles may spur the fastest, most profound transformation yet.

Autonomous vehicles (AVs) are coming for America’s cities. From privately-owned self-driving cars to fleets of autonomous taxis, government vehicles, buses, and shuttles, it’s only a matter of time before our automobiles quite literally get us from A to B.

But hands-free driving is just the first in a chain of substantive changes that will inevitably unfold from the shift to AVs. Urban environments, so well-defined by infrastructural systems built to support profound volumes of vehicular traffic, are likely to see the most evolution.

Not everyone agrees on how exactly AVs will impact U.S. cities. Indeed, the specific policies different cities adopt may end up shaping the ultimate success of this technology. Regardless, there are a few features of urban life that will undoubtedly transform as self-driving cars become more widespread:

Will AVs lead to more or fewer cars on the road? Experts aren’t sure. At least one study suggests that if AVs take up just 10% of the market, they could reduce traffic by 15%, and if they reach 90% of the market, cities could see a 60% reduction in traffic. And yet, fewer cars could be outweighed by more vehicle-miles traveled overall. At the very least, cities may need to enforce electric car usage to minimize pollution (Paris, for instance, plans to banish all but electric cars by 2030). Car ownership and ride-sharing trends will also help determine overall traffic conditions.

Currently, cars remain parked for about 96% of their lifespan — but AVs have the potential to see utilization rates of 75%. Parking needs may be drastically reduced, leading to pedestrian-friendly city redesigns. But some researchers suggest that those non-parking cars would try to idle on residential streets instead, so regulations would have to be in place to prevent that “solution.” On the other hand, AV-specific parking lots, where the cars can automatically move out of the way of each other, could fit up to 87% more cars. 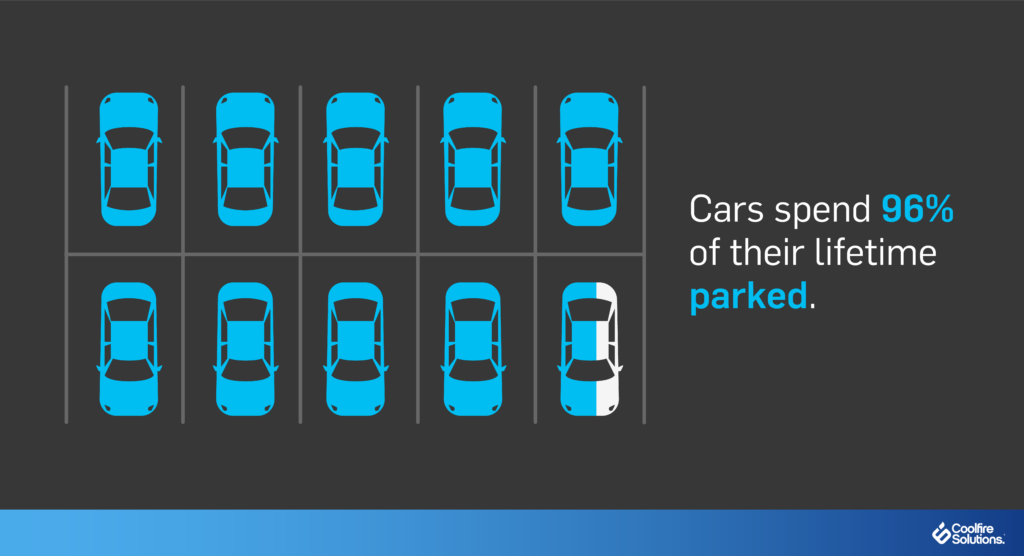 People may move to the suburbs in droves once they are relieved from the burden of driving — an hour-long commute may not feel like a barrier if in-vehicle work or entertainment is an option. On the other hand, AVs could practically eliminate vehicle casualties and ease congestion, which may make cities much safer and ultimately more livable. Either way, municipalities may have to contend with a sudden shift in sources of revenue — parking tickets and moving violations may no longer be an option, so congestion pricing and similar measures may be necessary.

To take full advantage of the AV revolution, cities will have to invest in smart city initiatives that integrate with AV capabilities. When smart cars can communicate with sensors, cameras, and other data sources, including smart street lights, parking meters, other vehicles, public transit stations, and mobile devices, the result could be a coordinated and much more efficient use of public travel space. Minor headaches, like traffic jams, could be automatically avoided. Emergency service response could be streamlined. Overall, this robust exchange of data could help with automation while providing decision-makers with unprecedented insight into how the city is operating.

Autonomous vehicles could potentially enhance quality of life for all urban citizens. By federal law, cities must provide transportation to those with disabilities, and private-public partnerships with AVs could save transit systems money while improving service. Transportation could become a material way to provide support to underserved populations, such as elderly citizens and those without a driver’s license (including the young and legally limited). For instance, Columbus, OH, which has one of the highest infant mortality rates in the country, is already starting a project to provide expectant mothers on Medicaid with affordable, round-trip medical transportation.

How Cities Are Changing in Response to Self-Driving Vehicles

A 2018 report from the National League of Cities (NLC) shows that over half of U.S. cities are preparing for self-driving vehicles — a drastic increase from less than 10% in 2015. The report states that between 2011 and 2017, some 22 states passed bills on AV usage, and 28 more introduced policies in 2018, most to encourage AV pilot programs. Already, several cities throughout the U.S. have begun to test autonomous vehicles on their streets.

The city of Boston began a rideshare program in 2017, working with nuTonomy, Optimus Ride, and Aptiv to further their “Go Boston 2030” initiative. They are taking a people-centered, graduated approach to AV testing, requiring companies to meet specific safety standards at each step of the way. The city’s challenging conditions have provided invaluable real-world data for AV technology. But it’s become clear that cities may have to purposefully make streets more amenable to self-driving cars, as the AVs did not perform well with half-plowed streets and worn-off lane markings.

Arizona Governor Doug Ducey welcomed a Waymo pilot to Chandler, AZ in 2016. The city is in some ways Boston’s opposite — no inclement weather, relatively few pedestrians, and wide streets. To prepare for AVs, the city amended the zoning development code to encourage passenger loading zones rather than parking spaces, based on demand. After a few years of experience, the city’s emergency services departments now have guidelines in place for how to deal with AVs — something that many other cities haven’t grappled with yet. Although state regulations are typically governing AV adoption overall, these sorts of city-specific policy changes are necessary for successful implementation.

← Prev: Get Ready For The Digitization of the Supply Chain Next: 6 Key Takeaways from Liveworx 2019 →
