What Cities Can Do To Prepare for Autonomous Vehicles 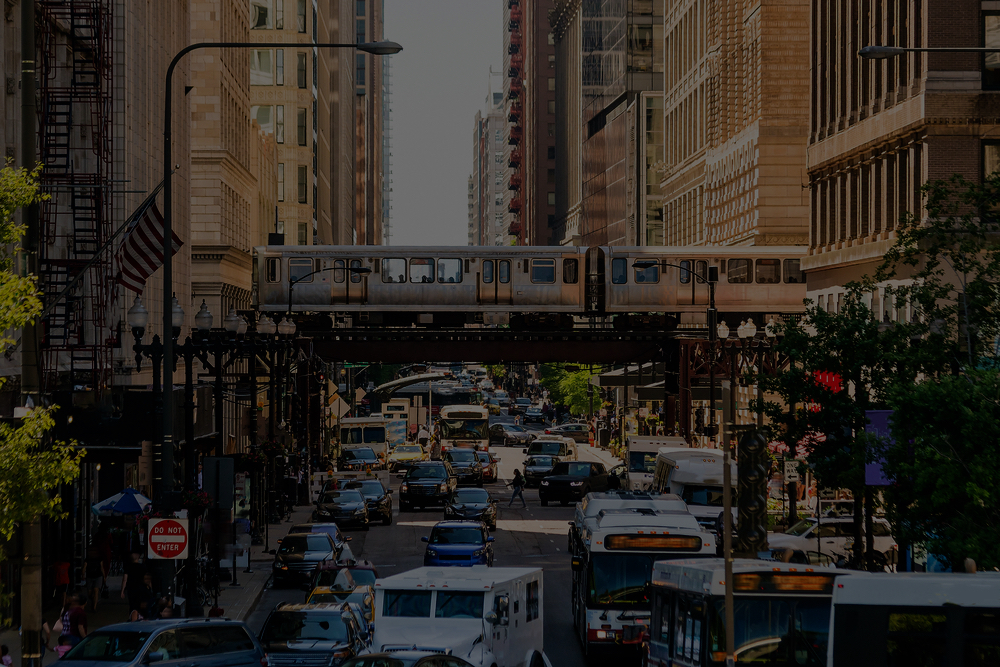 Autonomous vehicles are coming, and cities had better prepare — but how exactly? The answer lies in applications built to deliver situational awareness.

No matter how city government officials feel about autonomous vehicles, they will likely show up on streets sooner or later. To take advantage of this imminent technological transformation, cities must do more than allow pilot testing on their city streets. They must ensure that AV projects align with broader objectives by implementing smart regulations, addressing urban design challenges, and understanding the technological implications of integrating autonomous vehicles into broader smart city initiatives.

In AV-friendly states, cities should examine their objectives and values regarding factors like public transit, pedestrian safety, and urban planning, to ensure that AV programs are in line with their overall municipal vision. Here’s how cities can help ensure that self-driving cars will serve in their best interests.

Legislative measures will have to go beyond symbolic legislation designed simply to “welcome” self-driving cars. Many usage and zoning regulations will need to be implemented at a local level, where AVs will have an outsized impact on public space and municipal infrastructure. (Other regulations, like overall safety standards, are typically being established through state measures. Meanwhile, federal legislation has stalled in Congress.)

For municipal governments, one potentially effective initiative would be to establish public-private partnerships that leverage innovative technologies to benefit both citizens and local businesses alike. Letting corporations have free rein within a city isn’t necessarily ideal, even for the business community (as legal pushback to AirBnB illustrates). With the right partnerships, cities and companies may be better able to work together toward mutually profitable and beneficial ends.

Additionally, legislation can help ensure that municipal values (and legal imperatives) are reflected in AV implementation. For instance, forms of accessibility can be both a legal and ethical necessity. If autonomous vehicles do become a significant factor in city design and infrastructure, they must be thought of and managed as public projects, or else risk sparking tensions and legal challenges, as with the San Francisco tech bus controversy.

No one is entirely sure when AVs will “take over” the transit landscape. The spree of road testing has, in fact, tempered some expectations. (In Pittsburgh, Uber has stated that “there’s too much to perfect to enable a 100% autonomous future.”) But as technology advances, cities will need to rapidly adjust their infrastructure to support AV use-cases, whether for ride-sharing vehicles, autonomous buses, or self-driving shuttle services. The key will be to make those changes quickly enough to see the benefits while recognizing that the impact of those decisions may be felt decades into the future.

Much as the rise of highways in the 20th century led to drastic changes for American cities and suburbs, the rise of AVs could signal another major infrastructure and demographic shift. That’s a huge responsibility, but also a chance to refresh urban centers. At the practical level, the streets themselves could change, as cities reconsider elements like street signage, stoplights, pedestrian crossings, parking lots, and electric vehicle charging stations. Maintaining road marking, clearing snow, and removing double-parked cars could become a top priority — akin to subway line maintenance. 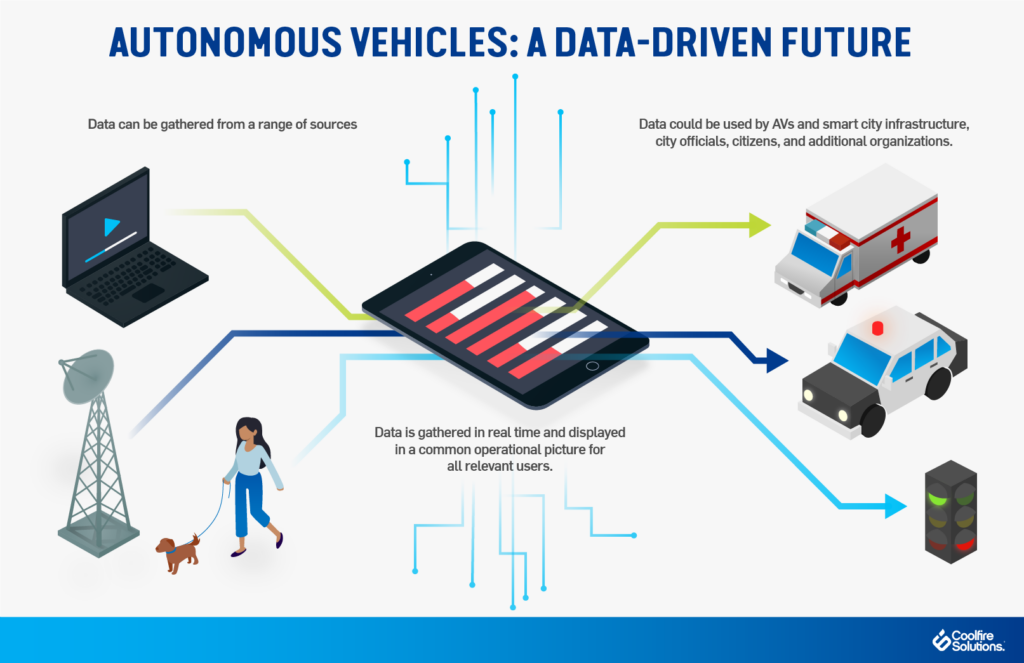 In many ways, paving the way for successful autonomous vehicle implementations, as well as understanding and managing their use and impact, relies on data. Finding a way to gather, integrate, and deploy data will be at the top of the list for municipal decision-makers. While some proprietary data may or may not be available, there will be reams of open source data that needs to be gathered, made available, and used appropriately.

Relevant data will come from cameras and sensors on the vehicles, along with LIDAR, RADAR, and GPS devices. Sources will also include detailed street maps, current and historical traffic data, traffic signals, various government and emergency services departments, and ongoing data from smartphones and other vehicles.

The right data needs to be available both for operational immediacy and overall planning and regulation. City departments, emergency services, and private partners operating within the city will all benefit from access to the right kind of data. Smart city initiatives — like smart parking, traffic mitigation, etc. — will also rely on data shared between users, AVs, and various city departments. Of course, that data could theoretically go to everyone from manufacturers, fleet managers, insurers, and various third-party service providers, to the necessary city, state, and federal regulators and legislators. Even researchers and relevant nonprofit organizations could leverage this type of data.

However, to gather, view, and use data most effectively, departments will need powerful platforms designed to enable situational awareness through a common operational picture. They’ll need software capable of integrating, managing, and operationalizing data from a variety of sources and technologies. Moreover, much of this will need to happen in real time. Cities operate 24/7 to meet the needs of their citizens, and decision-makers need ongoing insights into actual on-the-ground conditions to make the best possible decisions.

Looking forward to a range of AV initiatives, U.S. cities will undoubtedly see many changes in the years to come. It will take a multi-faceted approach to ensure that autonomous vehicles deliver for all stakeholders. The first steps include forward-thinking legislation and strategic investments into city planning and infrastructure. But city officials, and especially those developing public-private partnerships, should remember that much of the power of the AV-driven smart city relies on data — and the solutions designed to make that data actionable.

← Prev: St. Louis Post-Dispatch Names Coolfire Solutions Top Workplace for Second Year Next: Yes, Wildfires Are Getting More Powerful — But So is The Tech Used to Control Them →
