Yes, Wildfires Are Getting More Powerful — But So is The Tech Used to Control Them 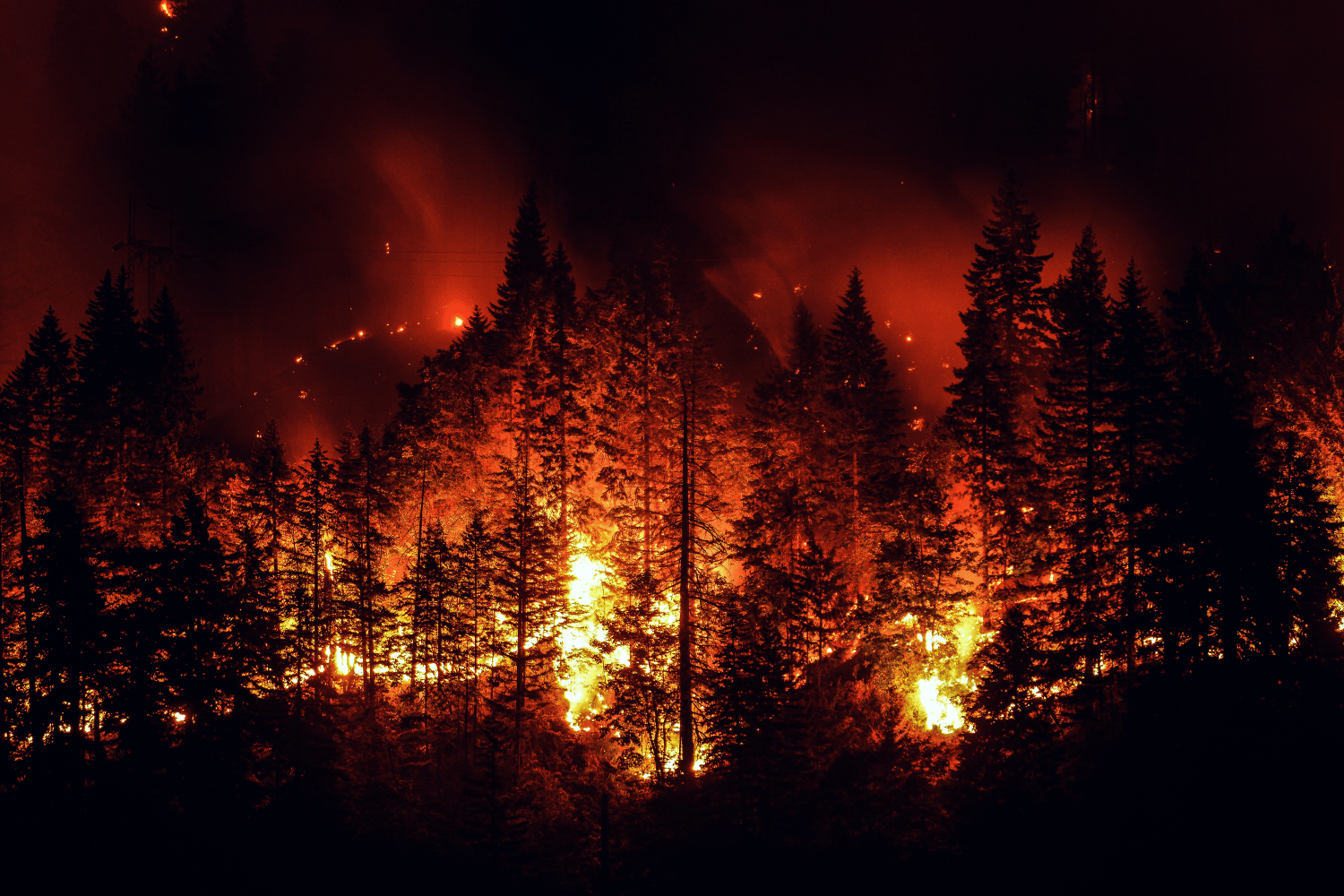 As wildfires pose a greater threat to communities and the first responders tasked with containing them, investments in situational awareness capabilities may just save lives.

It seems like every wildfire season is more destructive and more expensive than the last. While global insured losses from wildfires in 2017 cost a record $14 billion, this year’s unprecedented destruction in California could cost insurers up to $18 billion.

For state legislators and insurers, these losses pose long-term problems to state budgets, not to mention the ability to help property owners rebuild after devastating fires. For the communities caught in the path of these blazes and the firefighters who contain and combat them, however, the increasing power of wildfires is increasingly life-threatening.

Thankfully, technology is beginning to catch up. In the past, first responders have relied almost exclusively on the tried-and-true methods that still include axes, adzes, and watery slurry dropped from aircraft. These methods have remained in practice because they work. After all, the thick of an inferno isn’t the ideal place to experiment.

However, a new generation of technology and data integration platforms promises to bring about a greater level of situational awareness, something that may help first responders coordinate better and contain fires more effectively — all without replacing traditional strategies. From drones tracking the development of rapidly spreading wildfires to platforms that sync information logged by firefighters in the field, these emerging capabilities can prepare emergency crews for wildfires that are only getting worse.

Setting the Stage for New Tech

As wildfires become more destructive and more frequent, stakeholders now grasp that tried-and-true approaches to fighting them aren’t enough to keep communities safe. Indeed, with the Forest Service now spending well over half of its annual budget on battling wildfires, it’s clear that new, cost-effective strategies are needed to supplement the methods that can’t keep pace with evolving environmental conditions.

California, the state hit hardest by these blazes, is leading the charge toward high-tech solutions to this threat. This year, for the first time, the state will hold a Wildfire Technology Innovation Summit that aims to gather government officials, experts, and industry leaders in order to engage with one another around potential solutions to the problem.

From AI to behavior modeling, the Summit hopes to direct needed resources toward preventative technology, as well as platforms that can serve first responders once wildfires begin. Taken together, these strategies point toward a concerted effort to give key officials as well as first responders a greater understanding of what they’re dealing with and what needs to happen to contain wildfires before they threaten communities and vital infrastructure.

By investing in situational awareness, experts hope that stakeholders at every level of emergency response — from government officials guiding containment efforts to crews in the field — can take action on information collected from a wide range of data streams. Whether in the air or in firefighters’ hands, new technology has the potential to make containment efforts smarter and safer.

Drones are quickly becoming a key asset in the effort toward greater situational awareness. UAVs equipped with lidar have made it possible to more accurately predict where wildfires will spread next, enabling stakeholders to better plan the deployment of key assets.

While drones alone can’t change the game, they represent an effort toward applying resources strategically and responsibly. Drones won’t replace axes and adzes, but they can make those traditional tools that much more effective by giving firefighters the right information at the right time. 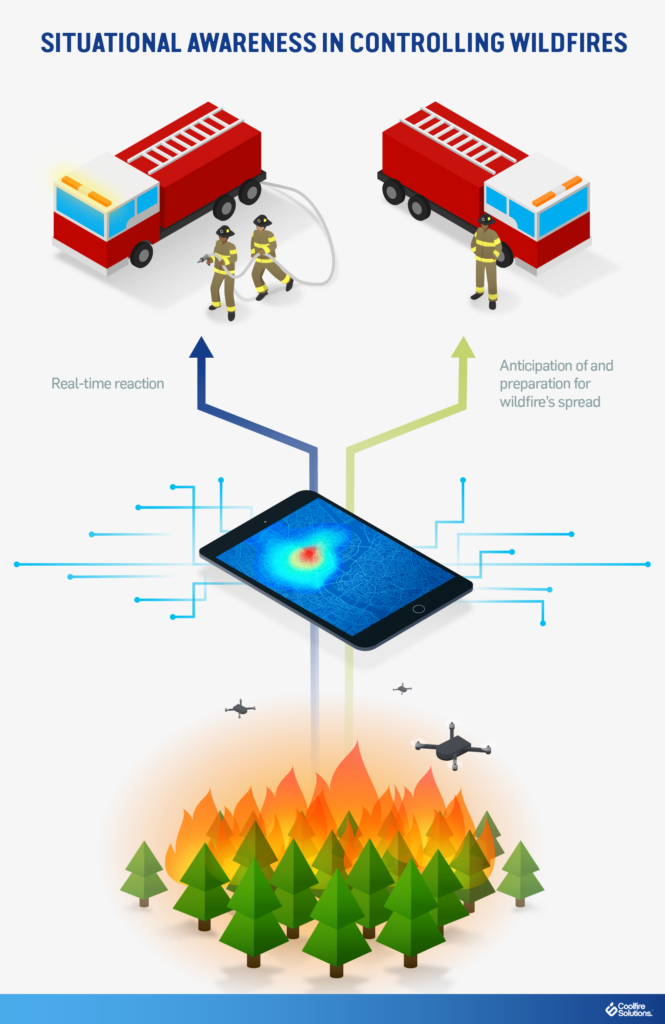 A key component of the next generation of firefighting technology is data integration. While drones, mobile devices, and cloud-based data storage can go a long way toward improving situational awareness during emergencies, that wealth of information isn’t useful if it’s not organized and delivered to emergency responders in an actionable way.

Instead, data integration platforms can store, analyze, and make data readily available in a way that provides stakeholders with instantly understandable insights into the nature of wildfires. For example, smart weather stations can send ground crews information on wind shifts, preparing them to tackle fires and stay out of harm’s way. Wearable biometric sensors embedded into firefighters’ gear gives decision makers real-time visibility into their precise location, and the ability to understand or even predict when they’re in trouble.

This common operational picture between field units and off-site decision makers allows for an unprecedented degree of collaboration, control, and safety. By taking data from a wide range of next-generation assets and synthesizing it intelligently, these platforms can bridge the gap between awareness and action — and help protect firefighters and communities in the process.

← Prev: What Cities Can Do To Prepare for Autonomous Vehicles Next: The Future of Crisis Response: Technology →
